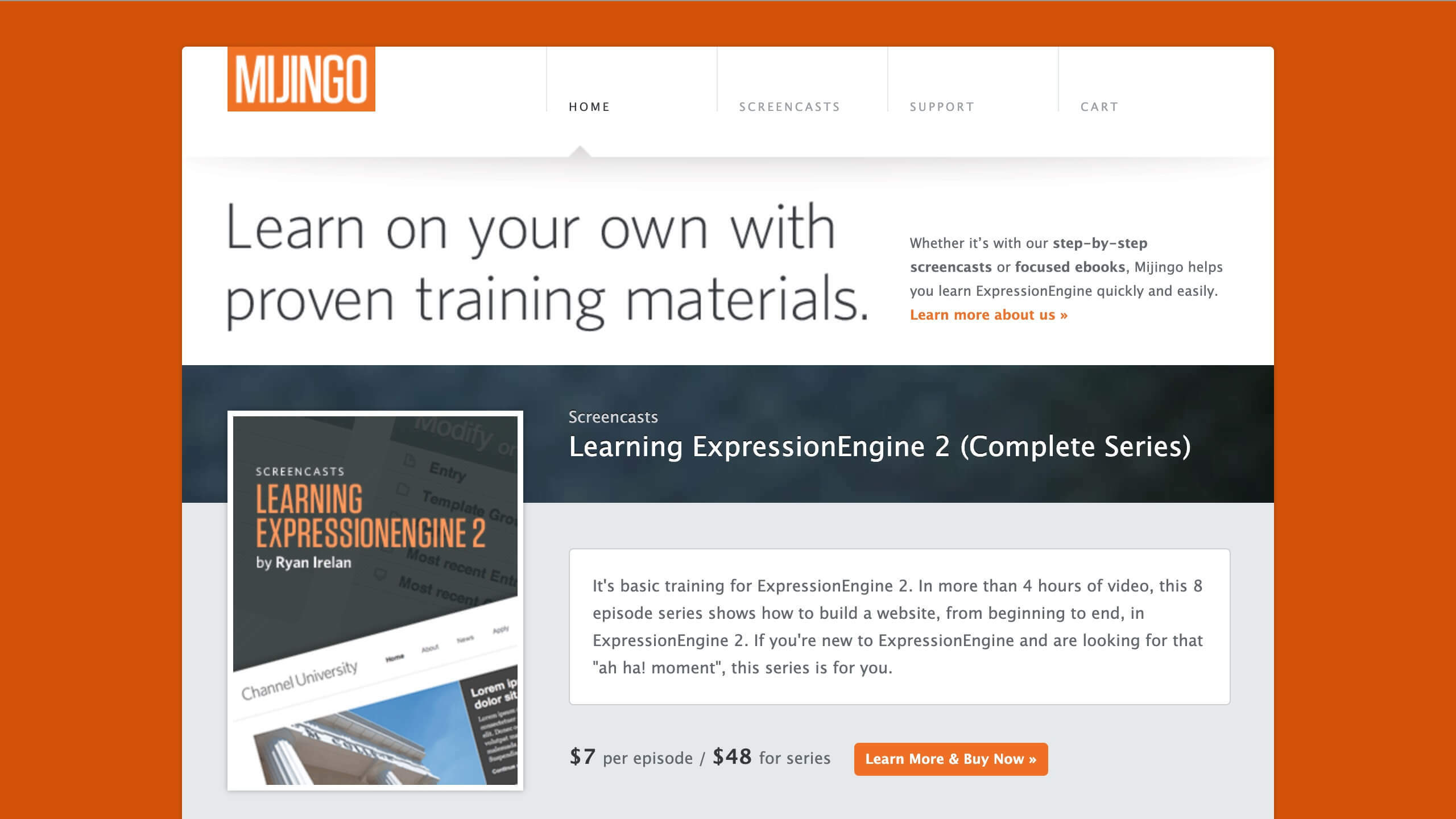 After 12 years, Mijingo, run by Ryan Irelan, went offline. A look back at a unique learning platform that just addressed niche systems like ExpressionEngine and Craft CMS - but not only.

Ryan Irelan should be a household name to anyone in the Craft community. After all, he runs CraftQuest, the best online learning resource for learning Craft. A sort of Laracasts just for Craft CMS, founded in 2018, and I bought the lifetime membership right then for $499.

Ryan earned so much advance praise from me because I hold him in extremely high regard as a teacher. I've known Ryan since something like 2009, back when we were both involved in the ExpressionEngine community. In 2008, he published a screencast series on ExpressionEngine, which I bought and thus learned the CMS. 2009 he started with eeinsider.com, one of the few news sources around ExpressionEngine. In December 2009, he published ExpressionEngine 2: A Quick-Start Guide. An e-book, which was later even published as a printed book.

In 2010, he decided to publish a video platform named Mijingo. There you could then buy his ExpressionEngine products. For example, Learning ExpressionEngine 2, where the Channel University website was built. Eight screencasts in a total of more than 4 hours. One episode cost 7 US dollars, the whole series 48 US dollars.

Ryan also covered more complex topics, such as Securing ExpressionEngine 2 or MySQL and ExpressionEngine. Those who wanted to get deep into the subject found the right course with Building an ExpressionEngine Add-on. The tutor there was Lodewijk Schutte, who showed his add-on development process in one hour.

Mijingo, LLC, had been the business name Ryan used to publish his courses for years. Ryan and his wife had a cat named Ringo. Ryan loves rhymed names and swapping out consonants, so he nicknamed the cat "Ringo Mijingo" and ended up calling his business and learning platform after his cat.

On Mijingo, Ryan also published Learning Craft, the first course on Craft CMS. In 2.5 hours, you could watch how Ryan created the website Crafty Records based on Craft. The most important basics were covered, from installation to asset management to templating. This course was then also completely updated for Craft 2 in 2014. 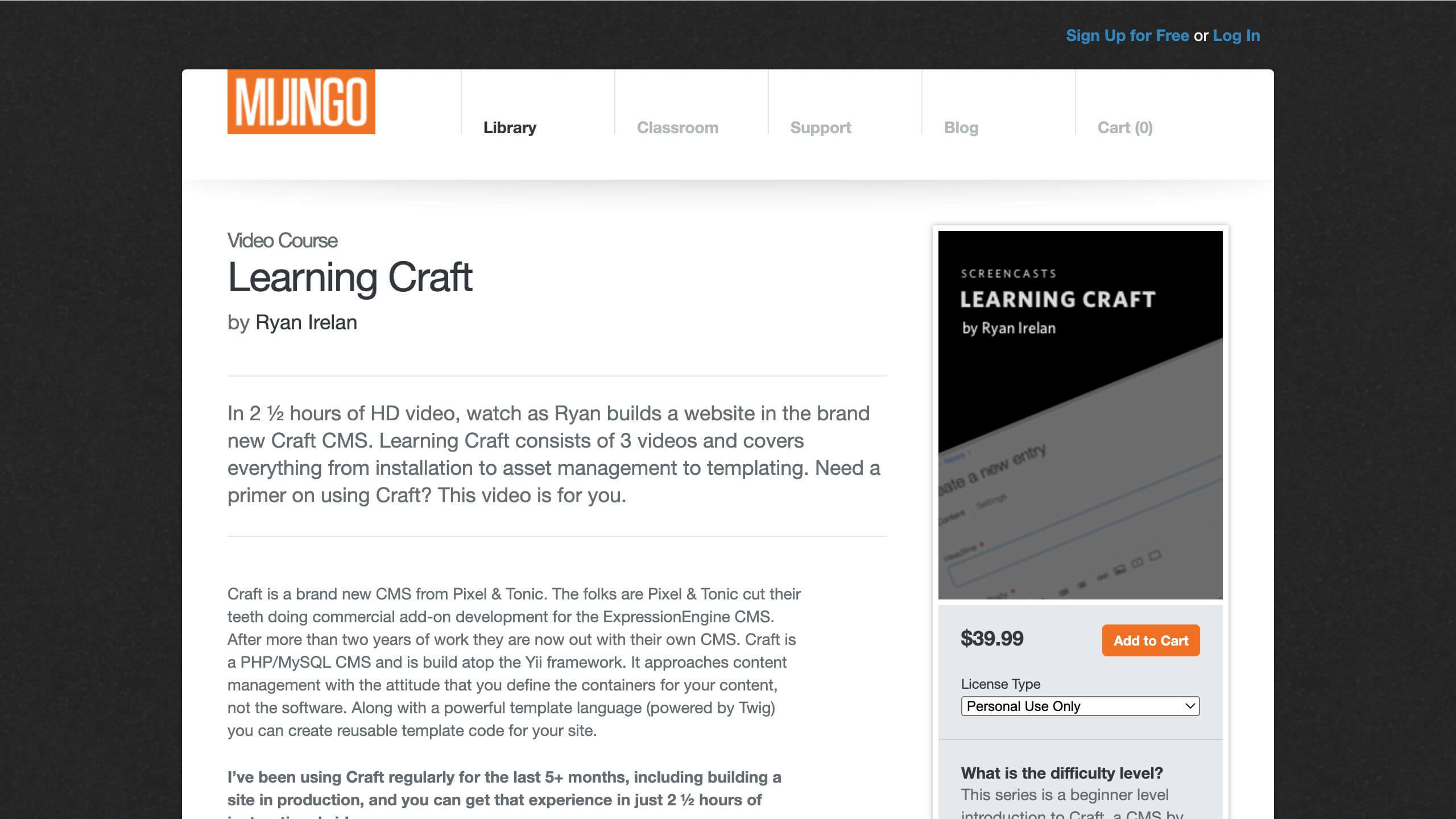 However, Mijingo wasn't just about Craft CMS or ExpressionEngine. In 33 minutes, Ryan explained the syntax and basics of Markdown, a markup language in which I write all my articles today.

Thanks to JavaScript Task Runners: Grunt & Gulp I first learned to appreciate Grunt, but later switched to Gulp. I even copied some of Ryan's examples and used them in production.

With Git Up and Running, Git: Under the Hood, Git: The Next Steps, Command Line, and OS X Shell Tricks good insights into these technologies, which I now use daily. Of course, I like to put Git on Git Tower, but I currently do significantly more in Terminal than I could have imagined ten years ago. Back then, I still used editors like CSSEdit or Coda because they had an excellent graphical user interface.

Also, almost ten years ago, there was a collaboration between Mijingo and HappyCog. For $149, you could buy The Happy Cog Way, an eight-part course that demonstrates the modern web developer workflow of the time:

Each course was about an hour long, offered various additional material, and in addition, there was a 30-minute roundtable discussion with Happy Cog experts.

Happy Cog is a full-service digital agency specializing in web and mobile app development, design, and digital marketing. The agency was founded in 1999 by web pioneer Jeffrey Zeldman and was acquired by Vector Media Group in 2018.

Because of all these positive experiences with Mijingo, becoming a lifetime member of CraftQuest was a no-brainer for me. CraftQuest is the spiritual successor to Mijingo, where most of Mijingo's courses can now be found. Since 2018, no new content has been published on Mijingo either, so it's not surprising that Ryan - after 12 years - has taken mijingo.com offline. The domain now redirects to craftquest.io. 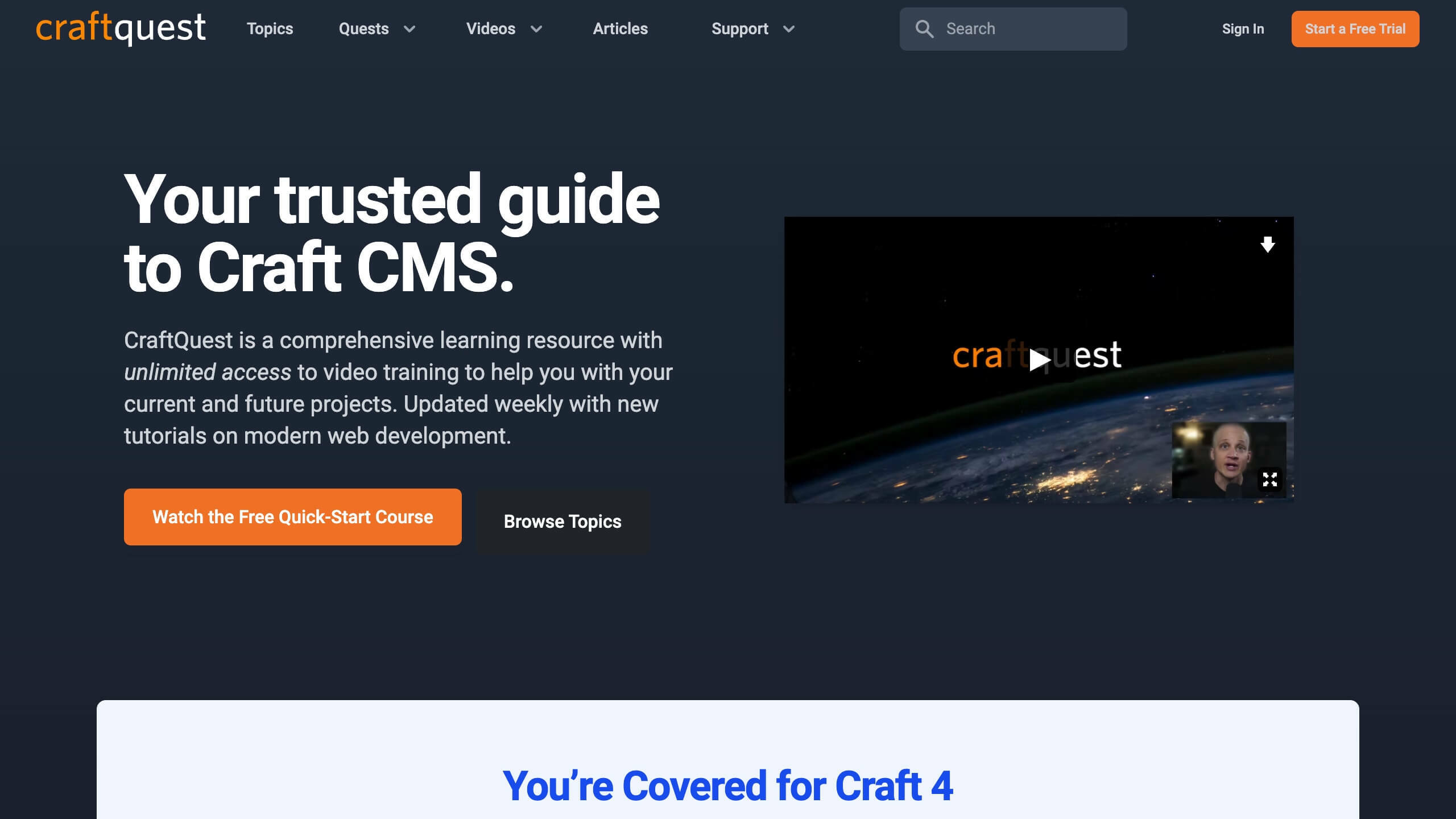 I got a little sentimental when I read this announcement a few weeks ago. Because Mijingo was a vital learning platform during my professional career, and many topics I learned for the first time or could deepen.

Thank you, Ryan, for running this platform for so long. I hope that CraftQuest will stay online for a very long time and that you will continue to produce such helpful content. Significantly beginning craft developers benefit enormously from this offer, and even the old hands always learn something new.