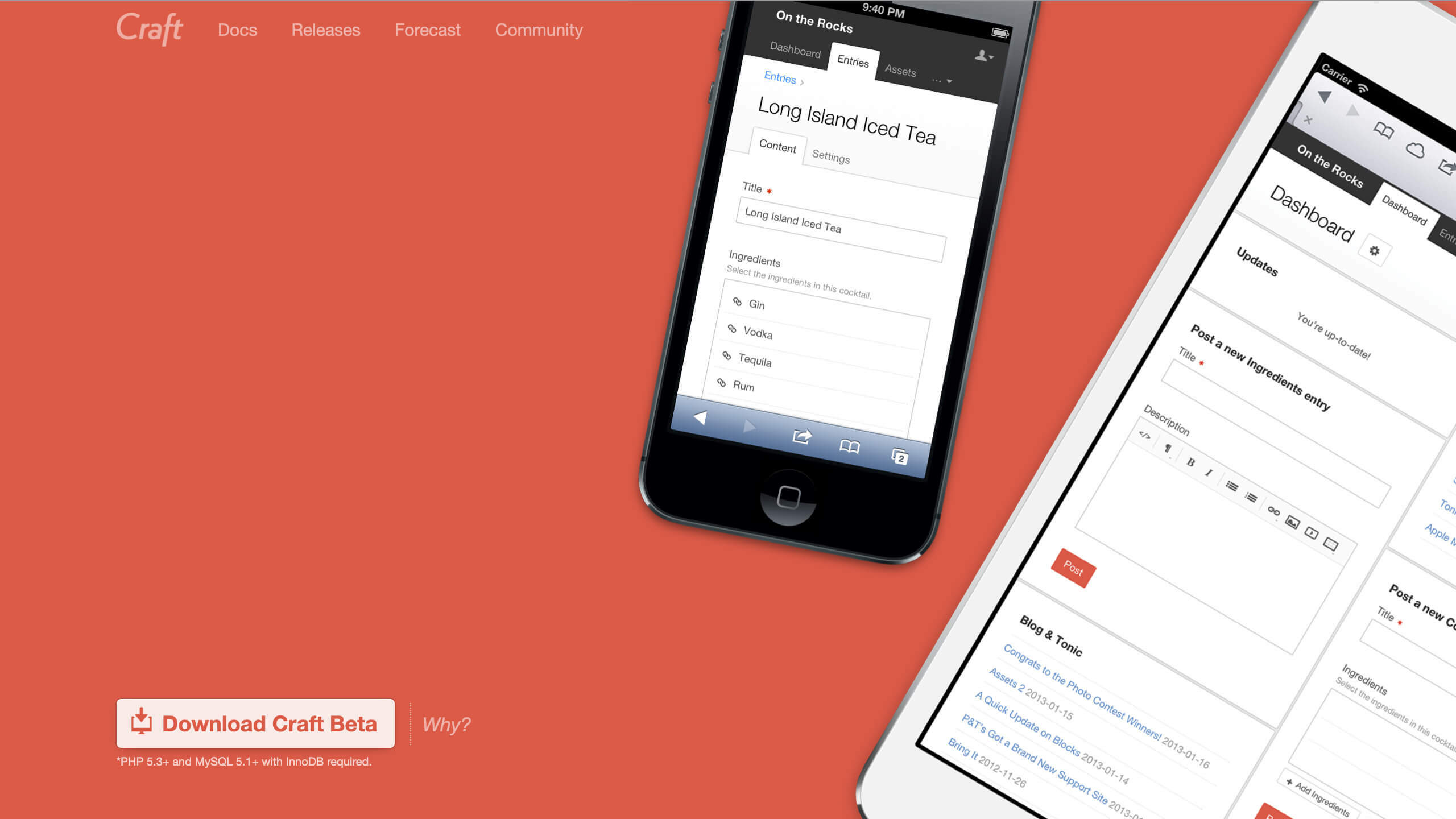 Craft (formerly Blocks) is finally in public beta after 27 months with over 12,500 person-hours of development. A closed beta for a tiny group of people had been running since the end of 2012.

Pixel & Tonic had to change the name of the content management system partly due to legal problems. Further, however, the namer no longer seemed to fit the project. Blocks started as a small CMS in 2011, and they thought they would get it done in six months, but another six months and another six months passed, and all of a sudden, Pixel & Tonic realized that they had created a complex CMS by now.

Regarding marketing, they didn't think the name "Blocks" was appropriate for the clientele they wanted to target. The CMS should be for people who take their time and try to do things right. Real craftsmen who would write every HTML rag and not touch ready-made themes. Because of this philosophy, Craft was finally chosen as the name.

I am pleased about this release. When I developed my first WordPress site in 2005, I was thrilled with the system, and from then on, I used WordPress almost exclusively. In 2007 I got to know and love ExpressionEngine, and I think even though I have been able to use it in fewer client projects than I would have liked. 2013 might be another paradigm shift for me.

But I also have to admit that some minor features are still missing from Craft until I can use the CMS for client projects. For example, where is the matrix functionality? I am shocked that Pixel & Tonic has not yet integrated the functionality of their Matrix plugin for ExpressionEngine into Craft.

Today’s the day: After 27 months of about 12,500 total man hours, 3,483 commits, three product strategies, 31 redesigns, 7 major architecture shifts, countless code refactors, one name change, and approximately 327 liters of consumed Jameson, it is my very great pleasure to introduce you to Craft. - Pixel & Tonic