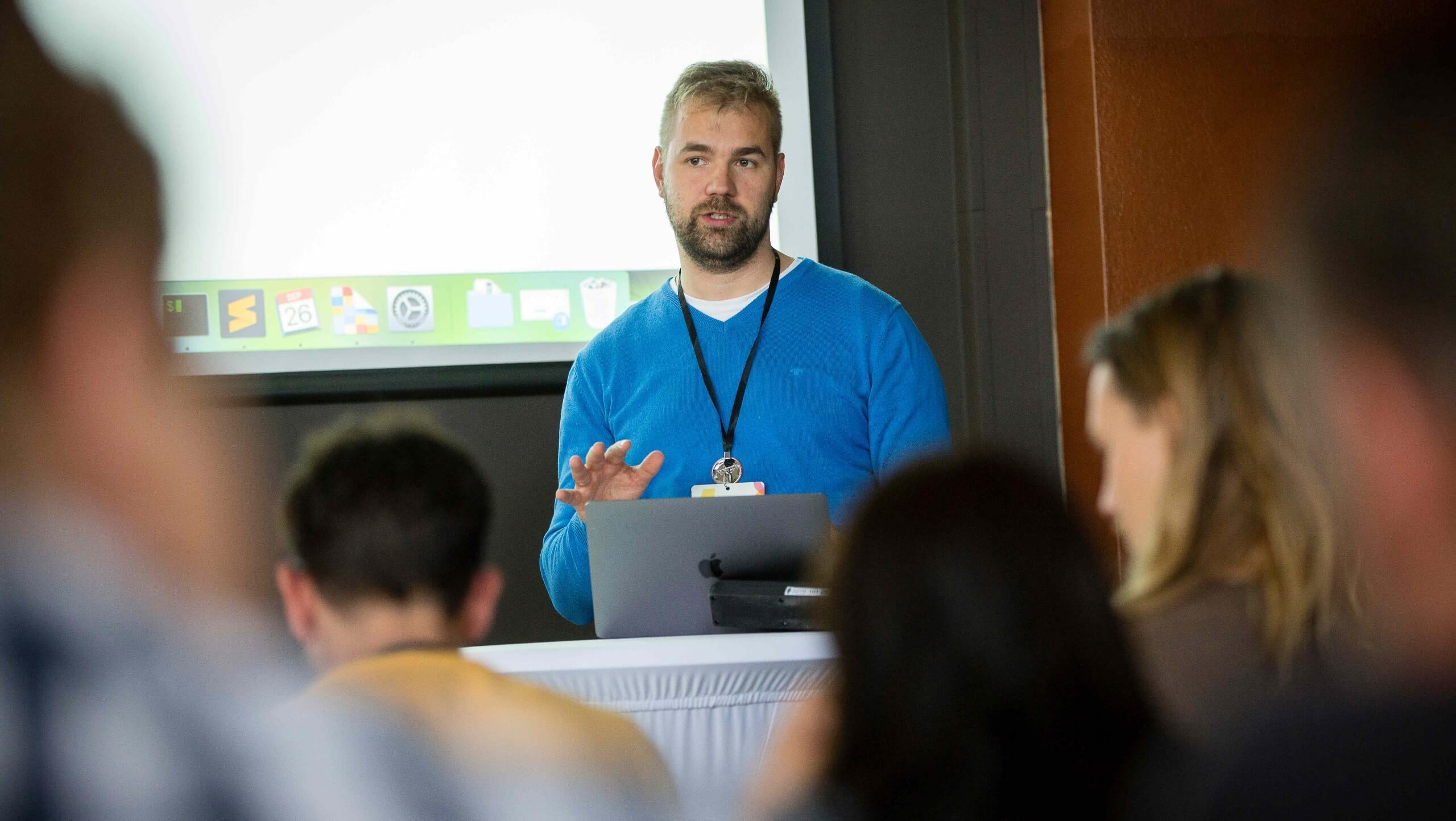 After ten years, Andris Ševčenko is leaving Pixel & Tonic, and unfortunately, this also marks the end of his work on Craft CMS.

It's time for me to move on. It's been a privilege and I'll always look back with fondness. All the best wishes to the company, the product, and, of course, the most amazing community I've ever had the honor of being a part of. - Andris Ševčenko

Andris has been one of Pixel & Tonic's longest employees. Unless I'm completely mistaken, only Brad Bell has been employed there longer. Benjamin David joined around 2014.

On July 2, 2012, Brandon Kelly announced they had found a great PHP developer in Andris. At that time, Pixel & Tonic had been looking for a suitable candidate for eight months without finding one. But searching on the side like that while working on a new Content Management System wasn't easy. Therefore, a new job posting was published in early June 2012, and finally two weeks were spent holding emails, IMs, and video chats with a whole bunch of applicants.

Who would have thought that they would find a suitable candidate in Eastern Europe of all places? More precisely, in Latvia. And even though hardly anyone can spell Andris's last name correctly off the top of their head, we've known since his introduction that Laphroaig is his favorite whiskey.

Somehow fitting that he wrote the following in the comments to the blog article "Welcome, Andris!" at the time:

Thanks, Euan - it actually is in my plans to be an excellent addition and I usually stick to my plans - just like I stick to a glass of good scot! - Andris Ševčenko

July 2, 2012, was his first day on the job, and he hit the ground running. He updated Matrix Multi-Upload to support the image processing settings and the `exp_files` table so that it is no longer necessary to synchronize the upload directories after uploading files.

In Craft CMS, he was responsible for the assets, i.e., file management and image manipulations. With Craft CMS 3, he could implement his ideas in this regard - after more than two years of development work. For the first time, it was possible to rotate, flip, straighten and crop images directly in the CMS. In addition, it was possible to set the image focus and then save it as a new image with all manipulations.

But Andris also gave excellent workshops, like at Dot All 2019 together with Jake Dohm on "Modern Web Development with Craft, Vue, and GraphQL". There, the two of them together gave an introduction to the JAMstack. They showed how all the original markup is pre-rendered and statically deployed, and Craft just provides a content API for it. 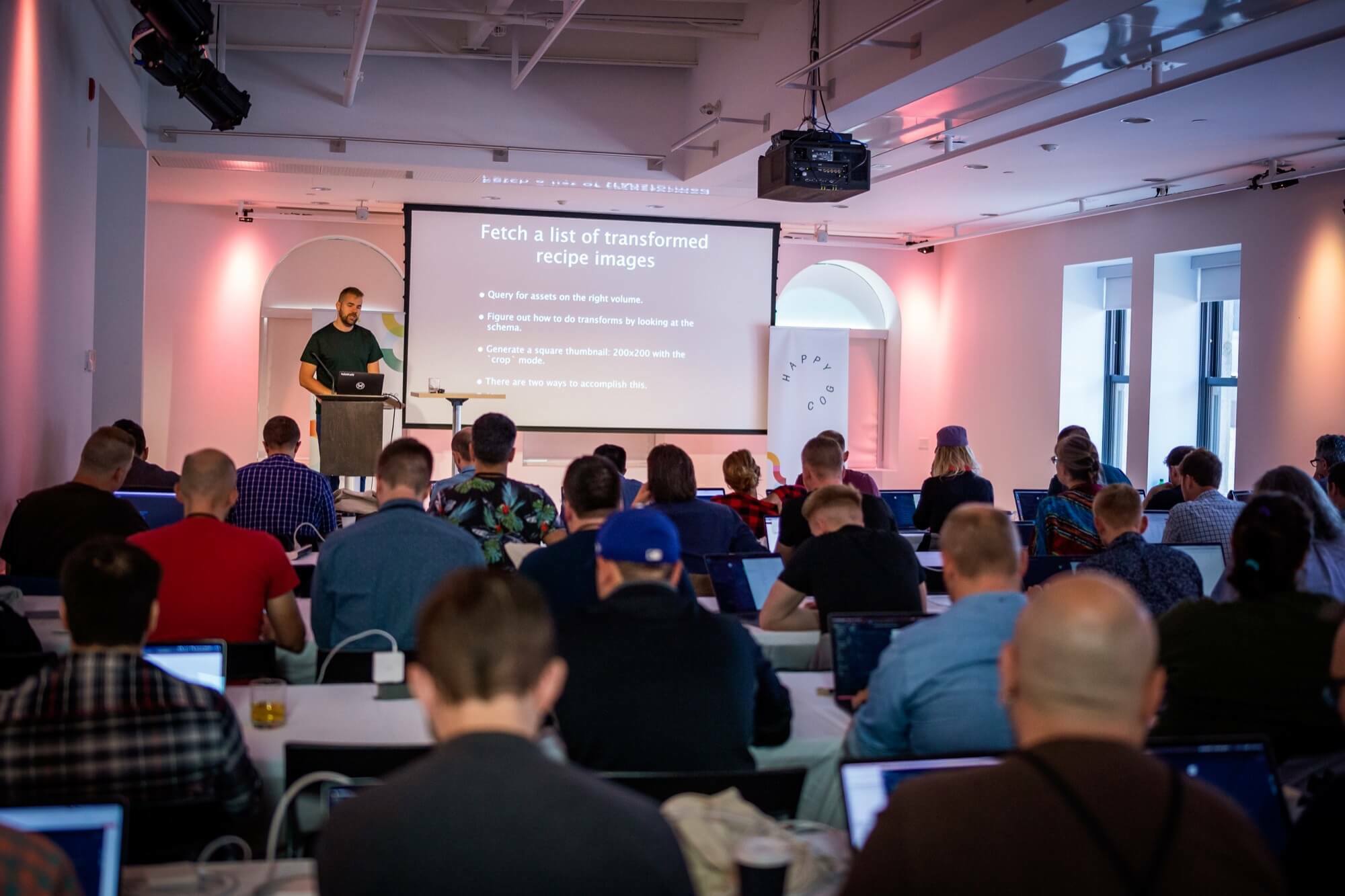 Andris is a likable guy. I met him at Dot All 2018 and exchanged a few words. Reading through the reactions on Twitter to his job change announcement, it's easy to see what an important person the community is losing.

Andris, you have been an excellent addition to Pixel & Tonic and the Craft Community. You stuck to your plans and will be missed. I wish you nothing but the best in your future career and life. I'll drink a glass of Laphroaig to you.