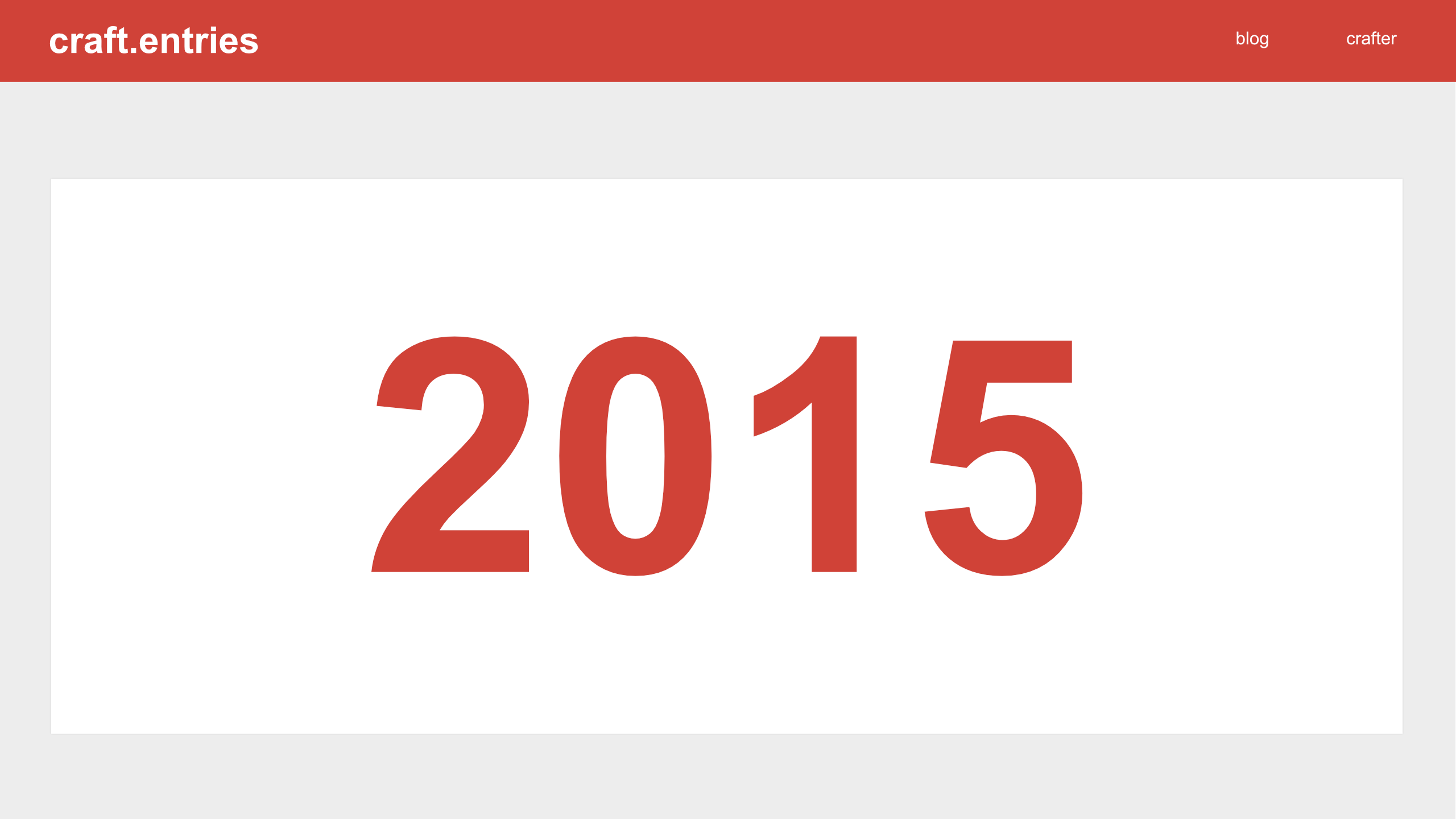 An eventful Craft year is coming to an end. I was pleased that craftentries.de finally went online. The plans were already there in 2014, but other ideas always got in the way.

The start as a note/link collection is not wrong. I am also still in the Craft learning phase and to archive for me exciting links around Craft is helpful.

I had a lot of fun with this year's Craft Summit in April 2015. For the second year in a row, Christopher Schmitt put on a top-notch digital event with great guests. Hopefully, it will continue in 2016.

Brandon has been very pleased with the ever-growing Craft community and that more and more companies such as Associated Press, Canon, Emily Carr University, Intel, Netflix, Salesforce, and Wired are using the content management system.

We’re thrilled with how far our little CMS has come, and we’re excited about what the future holds. But none of this could happen without the amazing Craft community - you folks make this whole thing fun, and for that we are eternally grateful. So thank you for being awesome! - Brandon Kelly

Pixel & Tonic has a lot planned for 2016. The release of Craft CMS 2.6 and Commerce 1.1 is planned. Development on Craft 3 is also to be resumed to release a public beta.